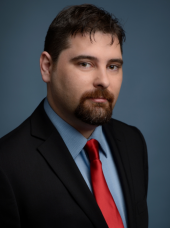 The acclaimed Legal 500, IAM Patent 1000 and Client Choice guides have all listed Ziv as one of the top IP lawyers in Israel:

Ziv's academic career began at the age of 15, while a freshman in high school. Today he holds three undergraduate degrees – in Law, Computer Science and Economics, all awarded with honors. Prior to his legal career, Ziv was a researcher in one of the largest corporate research facilities in Israel and also served as a programmer in the Israel Air Force. He is the author of several published papers on software verification and a named inventor on seven patent applications and issued patents in this field. He is also on the staff of the IDF's Computer Science Academy (Mamram) and lectures there regularly.

Ziv's legal career began at the Supreme Court of Israel under the guidance of Justice Levy. Ziv was awarded the Knesset (the Israeli parliament) Education Committee Award for outstanding students, and won the Aladdin prize for Outstanding Student Papers in Law & Technology.

During his spare time, Ziv maintains a patent blog in Hebrew.