The Israel Patent Office serves as an ISA 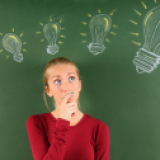 Following its appointment, the Israel Patent authority has commenced substantial preparation that included new legislation, expansion of the corps of examiners, introduction of infrastructure for quality control in accordance with the requirements of the Convention and much more. After a two year preparation period, on June 1, 2012, the Israel Patent Office will launch itself as an ISA and IPEA.

In the launch phase, the Israel office will only examine international patent applications of local applicants. The fees were set to a very competitive level (940 USD) and are roughly half of those of the competitions. The official fees were set low in the hope of examining a majority of the yearly 1,500 PCT applications by Israeli applicants.

After the launch phase, and assuming positive results, the Israel office is expected to expand its mandate and examine applications by non-Israeli applicants, as well.