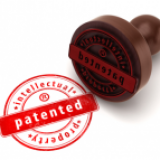 Under Israeli law the Israel Patent Office is authorized to skip substantial examination based on a successful result in a corresponding competent patent office. Such examination is often referred to as "modified examination".

Section 17(C) provides that in case that a counterpart patent application was allowed having identical set of claims to the pending claims in the Israeli patent application, the patent application would be considered as meeting the requirements under the Patent Act of novelty, inventive step (i.e., nonobviousness), unity of invention, definiteness of the claims and enablement.

In other words, once a counterpart patent application is allowed in another office, a patent may be issued in Israeli with little or no substantive examination whatsoever.

Notwithstanding Section 17(C), the patent office might decide to perform substantive examination of aforementioned requirements nonetheless. However, this is rarely the case. Other requirements, and specifically those of patentable subject matter, may still be examined.

The bottom line is that procuring patent rights in Israel may be easier and much cheaper than you would think. If you invest your resources in obtaining patent protection in another country, you may be entitled to patent protection in Israel with little or no substantive examination. This, in addition to the low official fees, the Israeli early adapters and developed high-tech market, makes Israel an attractive destination for patent registration.