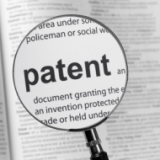 The Israeli Patent Office (ILPO) serves as a Receiving Office in the Patent Cooperation Treaty (PCT) system. As the Patent Office in Israel has different working days and holidays than most western countries, applicants may select the Israeli office based on "forum shopping" considerations.

As the official working days in Israel are Sunday to Thursday, as opposed to most western countries' Monday to Friday, the patent office is not open to the public on Fridays and Saturdays. In addition, the Patent Office in Israel is in recess during some Jewish holidays, such as Passover and Suckot, and remains closed for the public during that time.

In accordance with PCT Rule 80.5, if the expiration of any period falls on a day in which the Patent Office is closed, the period is automatically extended. Hence, in Israel, any due date that falls on a Friday is automatically extended to the Sunday that follows. Similarly, any due date that falls on a holiday recess is also extended, and applicants may be sometimes entitled to even an extra week to file documents and pay fees.

As this is the case, and as the Israeli patent office has different opening days than most patent offices, applicants may sometimes elect to file through the Israeli office in order to benefit from an extension.

A word of caution is in order. Under PCT Article 8, in the event that a priority is claimed from one contracting state, the conditions for, and the effect of, the priority claim in that state are governed by the national law of that state. As such, extension of the due date may not have any effect regarding that particular state.