Publication of Patent Applications in Israel 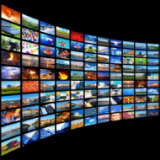 Amendment 10 to the Israeli Patent Act, which has been signed into law on July 2012, is aimed at publishing patent applications 18 months, as is the case in most jurisdictions.

Before this amendment, patent applications were published in Israel only after being allowed by the Israeli Patent Office. Now, Israel is harmonizing its Patent Act to publish patent applications 18 months after the priority date, or 45 days after entering to a national stage in a PCT application, as is customary in most jurisdictions.

The amendment also includes provisional patent rights that allow the patentee to obtain reasonable license fees for an exploitation of the underlying invention after the publication date and before the grant of the patent. Prior to this amendment, there was no remedy for the unauthorized exploitation of a patent pending invention in Israel, even when the details of the invention were published in counterpart jurisdictions, such as the United States, EPO, or even the PCT system.

The new provisional patent right to a reasonable license fees is limited. First, it is a monetary remedy, and does not include any form of injunctive relief. Second, reasonable license fees would be provided only in those cases in which the invention as claimed in the published application is "identical in a substantial manner" to the patented invention, and in which the exploitation infringes upon the patented invention, as claimed.

Thanks to Amendment 10 to the Israeli Patent Act, Applicants are now in better condition to enforce their rights to their patented inventions in Israel.

Glazberg, Applebaum & Co., Advocates and Patent Attorneys is an Israeli IP firm, which assists its clients in procuring patent rights in Israel and enforcing them in Israeli courts. Should you require any assistance in such a matter, please do not hesitate to contact us.