Anonymous opposition in Israel: can it be done? 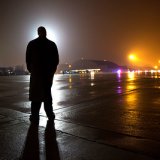 In many cases, when a company decides to oppose a patent registration, be it via opposition proceeding or cancelation proceeding, the mere fact that the company is involved in the proceeding can be detrimental to its interests. For example, if the patentee is made aware of the interest the company has in the specific technology, he may decide to investigate into the company's products and identify potential infringements. The company’s future plans may indirectly be disclosed, as the company shows its interest in specific technologies, which may not necessarily be relevant to its current products.

Israeli case law prevents a party filing opposition from hiding its identity (opposition to patent 66512 E-Systems v. Sanford T. Colb (23.11.1992)). However, recent decision by the ILPO explains that while this remains true, a shell corporation can be used to file any opposition. In the case of opposition to patent 250115 LLI PATENTS LTD v. Alector LLC, a motion to disclose the true part of interest behind the newly formed corporation was rejected. Although it was stipulated that the corporation is in fact a shell corpoation that was established by the attorneys solely for the purpose of filing the opposition, the ILPO refused to shed light on the real party of interest.
The administraitve judge hearing the case stated that any person can file an opposition. The term "any person", it was decided, also includes a stawman acting on the behalf of another. The judge further explained that the fact that the opponent is a newly form corporation and in fact a shell corporation justifies requiring depositing a gurnatee to ensure that if the opposition is rejected, the patentee will be able to collect expenses that will be ruled in his favor.

This decision proivdes a guideline to companies wishing to file an opposition or cancelation proceedings in Israel without diclosing their identity, simply be relying on another party to file the opposition, while they fund such proceeding.