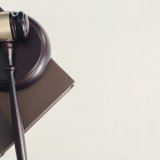 In the highly public Depp vs Heard case, Morgan Tremaine, an ex-TMZ employee, testified that TMZ had a strict policy in place making sure that videos aren't published before the issue of Copyright is resolved.

He also testified that when a video is provided to TMZ by the copyright owner, the process is simple and quick, and that the Depp "kitchen trashing" video was published by TMZ in a matter of minutes from the moment it was received.
You might have been waiting to hear him explain that it was Amber, who provided the video, but he didn't (and probably couldn't, as it is unclear if he had any first hand knowledge of the identity of the source).

In this case, the video was shot by Amber Heard. So, the obvious conclusion is that TMZ could have released the video as quickly as they did, given their strict policy, only due to the fact that their source was indeed Ms. Heard (or her representative).
Thank you copyright law for saving the day.